I had an unexpected experience while traveling independently in Asia prior to joining the Overseas Adventure Travel Heart of India trip in 2014. What started out as a breakdown of our transportation to the airport turned into an unexpected cultural exchange. 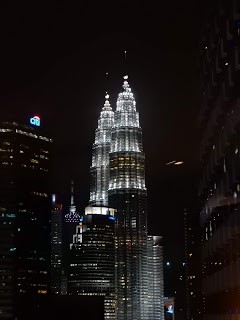 My trip first started in Kuala Lumpur for one week, and from there I went to Indonesia for one week before heading to New Delhi to start the  two week OAT trip. I always give myself extra time when I leave for the airport, and in this case it was necessary because the airport was an hour away, we had to check out of the hotel by 10 am and our flight left at 3 pm. Half way to the airport, the taxi got a flat tire and the taxi driver had to pull over to the side of the road and figure out what to do. The driver explained that since central Kuala Lumpur was a half hour away, it was best for him to figure out how to fix the tire. The only problem, was that it started to become obvious that he was unable to do that. When it became clear we really were stuck, I stood on the side of the highway and tried to hail down an available taxi for about 20 minutes. Unbeknownst to me, the friend I was traveling with took a photo of me trying to get us a ride.

Finally, a very old grey car pulled up and the driver asked if he could help us. All the taxis we saw on the way to the airport were full, and this very nice man offered to drive us. My friend said that she would prefer to see if we can get a taxi. We still had a few hours left, but it was the only flight that day leaving Kuala Lumpur for Bali, so we had to do something soon. Here we were, two middle aged women stranded on the side of the road, and a strange man was offering a ride to help us out.

Finally, my friend and I determined that this man was really a good Samaritan. He made phone calls to help the taxi driver and opened his trunk to look for tools. We even saw them exchange phone numbers.

In the end, realizing he was really trying to help, we accepted his offer to the airport. In the car we introduced each other, and his long Muslim name made me laugh. I told him he had a very similar name as one of the 9/11 hijackers or master minds that was currently in the news and joked that he’d never be able to get on a plane for the United States. He soberly said he was aware of that, and this part of the conversation turned into a discussion about the United States and our relationship with Muslim countries. 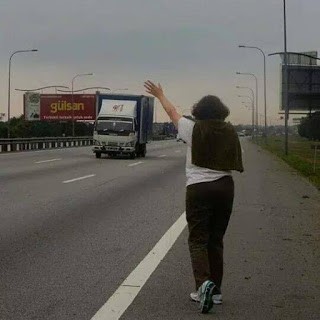 Once at the airport, he helped us with our luggage. My friend and I opened our wallets to pay him in some way for his kindness. He refused our money. He said that he was a deeply religious man, and it was important for him to help Americans realize that not all religious Muslims are the way they have been portrayed on the news.  Our being stranded on the side of the road, and his being able to help us gave him an opportunity that he might not have otherwise had. 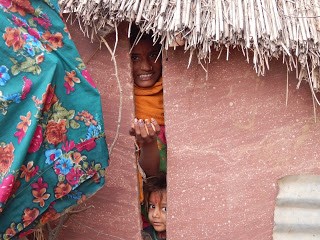 Once we were settled at the departure gate, and my friend got her latte and showed me her photos of me hailing a taxi, the remainder of my time at the airport was spent in reflection over this unexpected encounter. Things don’t always go as planned while traveling, but this experience was one of the many memorable ones I had during my six -week sojourn around Asia. I tell people about it to this day. I’m sure this kind stranger would be pleased.