My name is Jann Segal, and I’m a travel addict. There, I said it. Writing is my twelve – step program, and thankfully, it’s not been working. I’ve given myself over to the higher power of travel and the tour companies who entice me. They constantly triumph, and I’m delighted with the outcome. But like any other addiction, mine has genetic roots.

I always knew it was my mother’s side of the family that was to blame. My mother Anita became a travel agent after I had started traveling, but the real culprit was her brother, First Lt. Edwin B. Kane, who died in Tunisia during World War Two.   Killed eight years before I was born, I obviously never got to know my late uncle. But when his affects were sent back home, included were his well-documented photos of the many places he was able to visit while on the European and African continents before the war took its toll. I looked at the photos constantly as a child, dreaming that someday I might get to visit Egypt, Libya, Africa, and Ethiopia, (the latter he documented as Abyssinia). These photos, in addition to his souvenirs which my mother eventually let me have, were absolute treasures to me.

While not all the African nations he visited were well documented in the photo album and may not have been known back then as they are now, what was striking to me in its utter timelessness was his visit to Egypt. In fact, prior to my own visit to Egypt with Overseas Adventure Travel, I took out his photo album and looked again at where he had visited. During independent travel prior to joining the group, I had booked a day trip outside of Cairo to Memphis, which also included a visit to the unique step pyramid Saqqara as well as Dahshur. What absolutely stunned me, was that my late uncle has also been to Saqqara! Of course, he photographed the Great Pyramid of Giza and The Sphinx as well, but the timelessness of these magnificent sites and the fact that I had photos from an ancestor 70 years prior that were identical to what I was about to see, was astonishing to me, if not sensational in its unexpectedness.

When I arrived at the pyramid at Saqqara, it was breathtaking, and of course had not changed in centuries, let alone the 70 years since when my uncle had been there. It felt like some sort of connective tissue across time and ancestry.  There was also practically nobody there when I was, so I was able to appreciate the experience that much more. This was not the case at the Great Pyramids of Giza or the Sphynx, which were overrun with not only visitors and donkey vendors, but a massive number of children the day I was there.  Fortunately for my uncle, based on his photos, he had more the hushed, wind swept, and silent desert pyramid experience that was common for its time. But my first reaction upon seeing Saqqara, was to flashback to my uncle’s photo album, and knowing that I was standing exactly where he once did. It wasn’t until I got home and reviewed all my photos in comparison to his, that I realized I had done the same in Giza and Alexandria. Some of my photos were different of course from his, especially in the now highly developed resort town of Alexandria; but our footsteps had walked the same timeless path, mine predisposed and influenced by his since childhood. I can only imagine he took the same train back to Cairo as I did. I’m sorry he didn’t get to see the new Alexandria library. From what I had heard of him in the family, he would have loved it.

Timelessness does not necessarily maintain itself in travel. As in the rest of life, things change. My uncle had no photos from the nearby bent pyramid at Dahshur, which may not have been fully excavated yet, especially not during the war years. The earliest excavation dates I could find for Dahshur was 1947, when British archaeologists has uncovered some jewelry from the site. And we know that politics change in countries, and often change back again. The current shift in many democratic countries to authoritarian tendencies is a modern example. I cannot say that my uncle would have never imagined this, since he lived in the 30s and 40s and was involved in the battles against both Hitler and Mussolini, being stationed himself in Sicily in 1943. I know pieces of this based on an ashtray brought back made of indigenous stone, shaped like Sicily, and the year 1943 engraved in it. He was most likely part of the invasion of Sicily that US troops made there in an effort to get a stronghold into Italy and stop Mussolini. He then apparently was stationed in Tunisia where he ultimately lost his life in a car accident, according to the War Department letter my grandmother received that was signed by President Roosevelt.

While his very full and rich life of travel was sadly cut short at the age of 27, timelessness continues in the family members who carry on his memory while traveling. I’m the only person left now. When the time is right, I will finally get to both Sicily and Tunisia, and will fondly visit the American cemeteries and war museums there in his honor. He’s buried here in Los Angeles, but I will do everything I can while there to learn where American GIs spent their time during the war years. 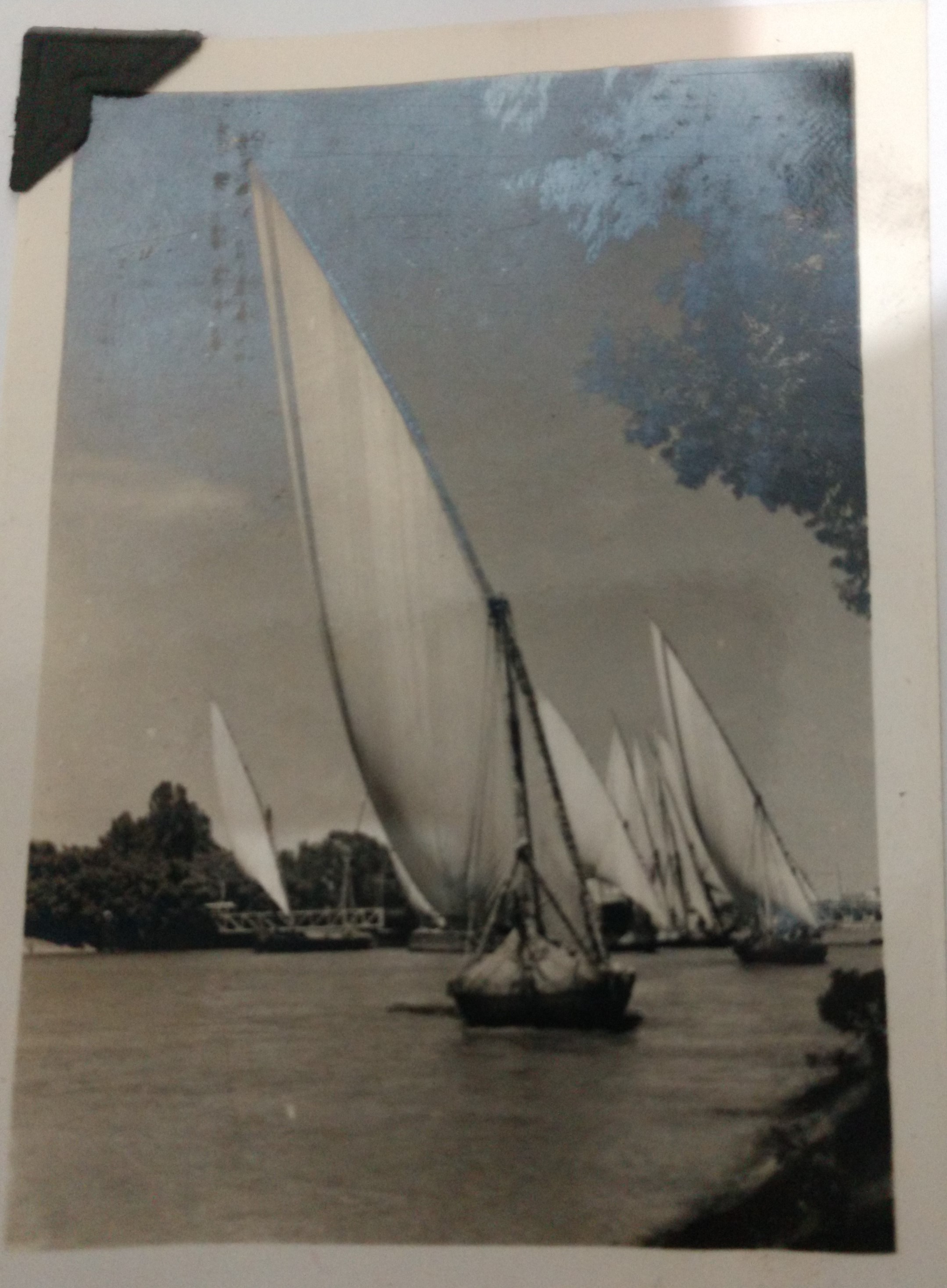 Countries have many sites to see which enrich and entice us, both ancient and modern. In my future travels, I will now try to learn about someone well known who was once there before I travel and try to stand in their steps at famous heritage sites. After five decades of travel, I still learn something on every trip about how to travel more smoothly and differently, or how to make the trip more meaningful. I now realize that my uncle is my travel guardian angel, with me on every trip to ensure safe passage. It was an honor to walk in his footsteps.