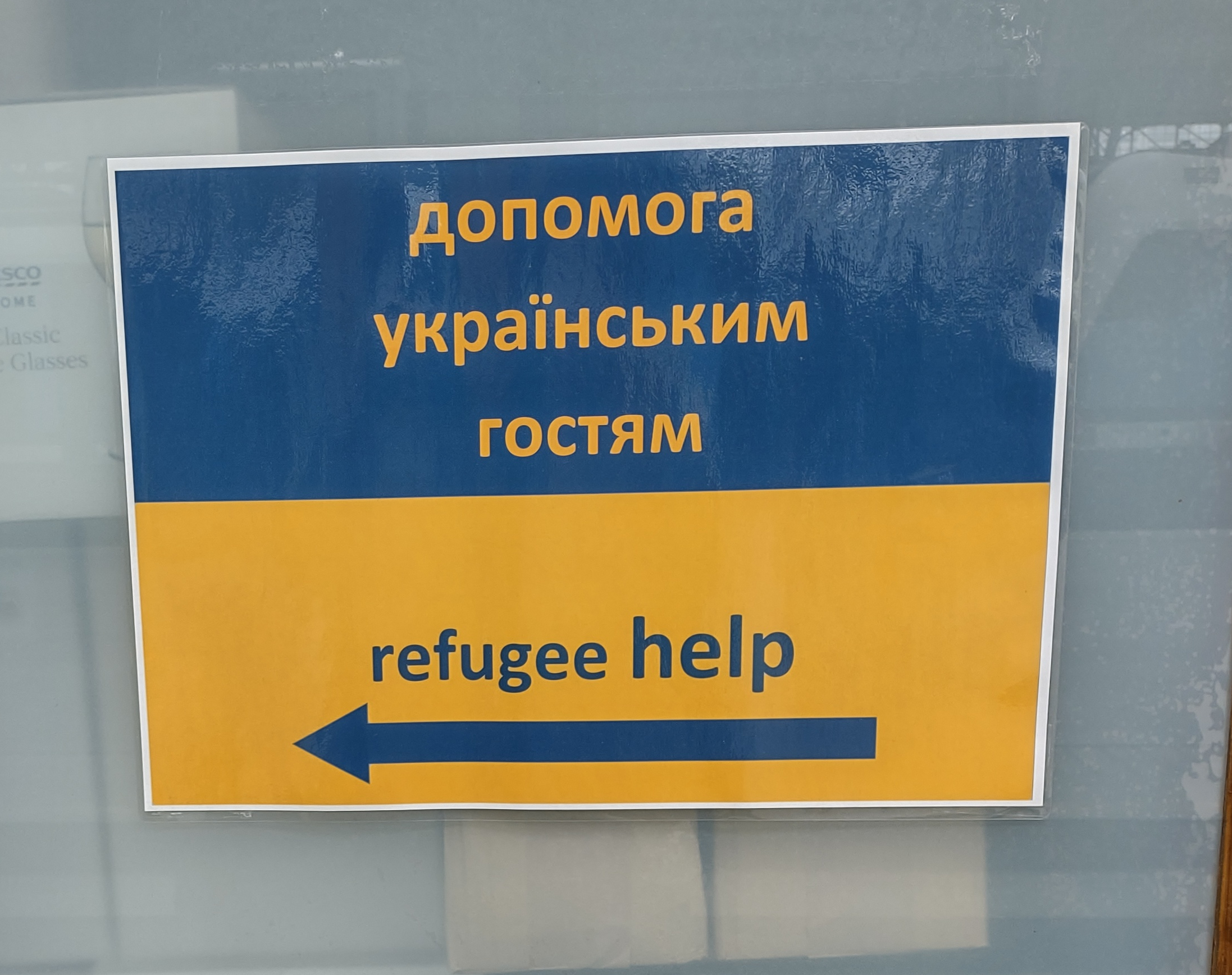 While on the Overseas Adventure Travel trip Jewels of the Bohemia, I was extremely interested in meeting some of the Ukrainian refugees, in whatever form was possible. I understood it was a sensitive situation, and certainly I did not necessarily expect many to speak English. My trip leader accommodated my unusual request at the end of our touring day, and those who were interested went to the Prague train station, Platform 1. It became not just an off-itinerary highlight, a tutorial in the current world events which have led to an influx of refugees, but also an insightful history lesson into some of the humanity in the region that helped save the lives of refugees during World War Two. And all on the same train platform!

The refugees we saw there were Roma refugees from Ukraine, otherwise known as gypsies. They had no place to go upon arrival from Ukraine, and the government would not let them leave the train station. So there they were, being provided food and shelter that was about to run out for them in the coming week, and nobody knew where they would go next. It was heartbreaking, since so many other refugees had been provided a new home in a new country, but not these nomadic people. Some are dual Ukraine and Hungarian citizens, but Hungary does not really want them and can’t help citizens who are refugees except for the signs pointing out where refuge assistance was. There was nothing we could do for them as tourists, nothing we could buy. The numbers of them were going down to 400 from 800 as they worked their way into whatever society accepted them. But it was meaningful for all of us to listen to the volunteers working there and hear that they spent so much of their time in between regular jobs to do this work. They said it could be them one day.

After we spoke to volunteers there who had been holding a sign pointing to the direction of refugee assistance that looked like the Ukrainian flag, we walked further around Platform 1, and a different refugee history emerged before us; a statue of Sir Nicholas Winton holding a child, with a suitcase on the ground. Sir Winton was a Jewish Englishman who saved over 600 Jewish children by putting them on trains, separating them from their families, and saving their lives during World War 2. This was the Czech part of what is now called the kindertransport. There was an additional, heart wrenching monument of tiny hands touching larger hands on either side of the train window pane; symbolic of the children who left their families on Platform 1 thanks to him, and bade farewell to parents who most likely perished in the Holocaust.  Sir Winton was a businessman, who simply wanted to save Jewish lives, and he asked for nothing in return.

He was given an award late in his life for his humanitarian work, and what he didn’t know was that all the people in attendance at the award ceremony were the actual children whose lives he saved.  While the story is a tearful one, it was not lost on me that the memorials to him were on the same platform, not too far from where the current refugees were. And of course, it all ties together from a humanitarian standpoint.

Sometimes when travelling, it’s not the experiences from a carefully planned and curated itinerary that stay with the traveler. OAT is famous for its memorable and spontaneous “off the bus” moments. We had taken a local city bus to the train station and donned our masks as we walked through the sea of humanity to get to Platform 1. We were tired from a long day of touring, but still eager to see people who aligned with the current events in Ukraine. The confluence of two refugee situations, over 70 years apart, each gut wrenching, yet each on the same train platform, put a lump in my throat. I think I will remember our one hour at the Prague train station for the rest of my life.